We are thrilled to offer our camp ground at The Sea Forts, to the local schools for free hoilday this year 2022.
‍
Maker Heights has a long history of welcoming school children to camp thanks to Lady Margaret Astor. She has set up a scheme in 1920s to provide an opportunity for ‘deprived city children’ to come for a holiday and this continued until the 1980s.
‍
We would love to honor her legacy by welcoming school holidays for all children back to site and continue the tradition of long list of treasured Maker memories.
‍
In the past, the student accommodation was located in the Nissen hut dorms. We have been working with our Cornwall Councillor, Kate Ewert on identifying local schools that we think could benefit from staying with us up at Maker and we are incredibly pleased to offer your school a stay in our luxury and cosy bell tents, which offer both comfort and hands on experience of the wild”
‍
The Sea Forts Cornwall, Wild Coastal Camping is based in the AONB.
https://www.seafortscornwall.com/

The Seaforts is a reimagining of the historic heritage site at Maker Heights, part of the most complete set of Napoleonic Barracks in the British Isles.

An outpost on a rugged cliff top, The Sea Forts offers a real wilderness experience for those intrepid travellers and savvy locals looking for an off the beaten track adventure, with monumental 360 degree views.

The project includes the loving restoration and conservation of its significant 18th century fortifications, protection of its precious wildlife, and evolution of a creative community base camp for artisans, adventurers and nature lovers alike.

This summer the Sea Forts Pop Up Café housed in the old Guard House will be run by Sea Forts staff. The cafe will offer an array of delights adding culinary flare to your stay. On offer will be delicious breakfast's, packed lunches (perfect for the kids), and hampers full of locally sourced goodies for you to enjoy and even cook on our fire-pits.

The Rame Peninsular, Devon and Cornwall offer some of the countries most exciting wild activities. These are numerous hikes and nature routes to explore. watch this space as we are creating some exciting partnerships with local trusted businesses so you can cycle, surf, SUP, create, explore and feast. All activities will be delivered to you in your Adventure Handbook for pre-booking. 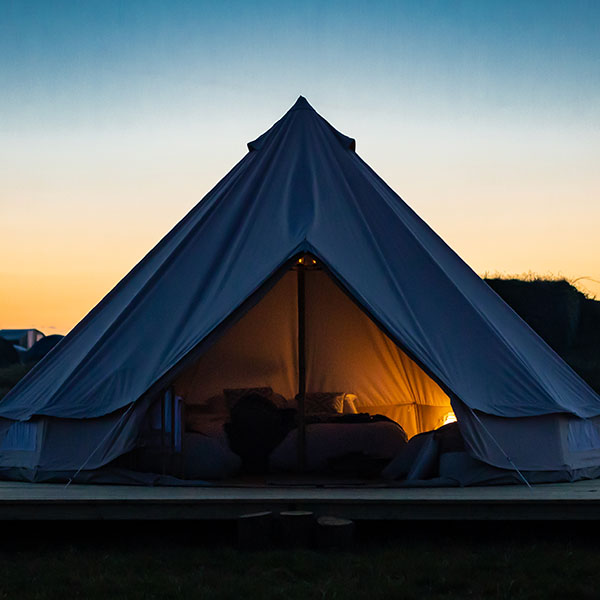 Our Adventure and Luxe Bell Tents are set, prime position on a south easterly aspect offering awe inspiring views of the Cornish coastline. Each tent can accommodate up to 4, and we welcome man and well-trained beast alike. We offer only a few tents, to tread responsibly on the land, adding an intimate camp atmosphere. 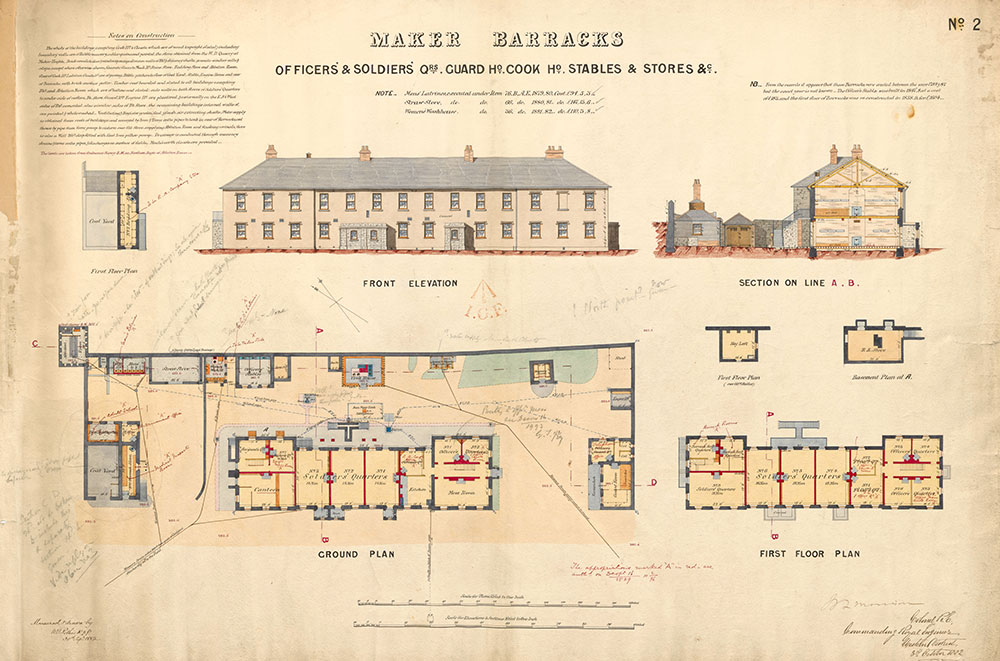 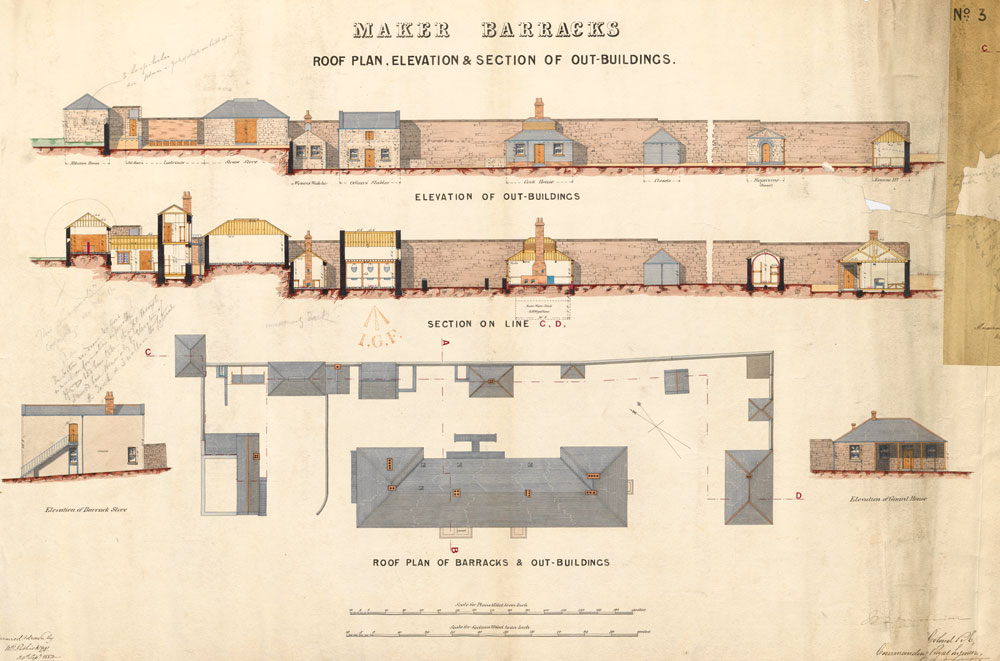 The war for American Independence prompted the first evolution of building in 1775 on the Maker site. The Amerhurst Bettery in Kingsand to repel enemy landings was built before construction on a number of fortifications at Maker Heights in the 1780’s. Shortly after the Garrison moved in prompting the building of the Garrisons of Maker, Grenville, Hawk-ins and Raleigh Batteries into the late 19th century.

As a significant defence, an anti-aircraft battery was erected and evolved through the 1930’s and 40’s. The concrete shelters at Maker formed the frontline defences of Plymouth during the air raids of the Second World War.

The Rame Peninsular is all about nature unfolding and at The Sea Forts this is no exception. As a joint mission with The Rame Conservation Trust we have adopted Historic Englands Conservation principles as the highest standard. Nature is the force that nurtures life and has the power to heal itself and us. Re-wilding is the hope for the future to restoring ecosystems, help nature recover to a point where nature can take care of itself. The Sea Forts is taking action to help nature to regenerate, reversing biodiversity loss, helping wildlife to adapt to climate change.

We have started to introduce hedging on the site such as:

Wildflower and other plants such as: 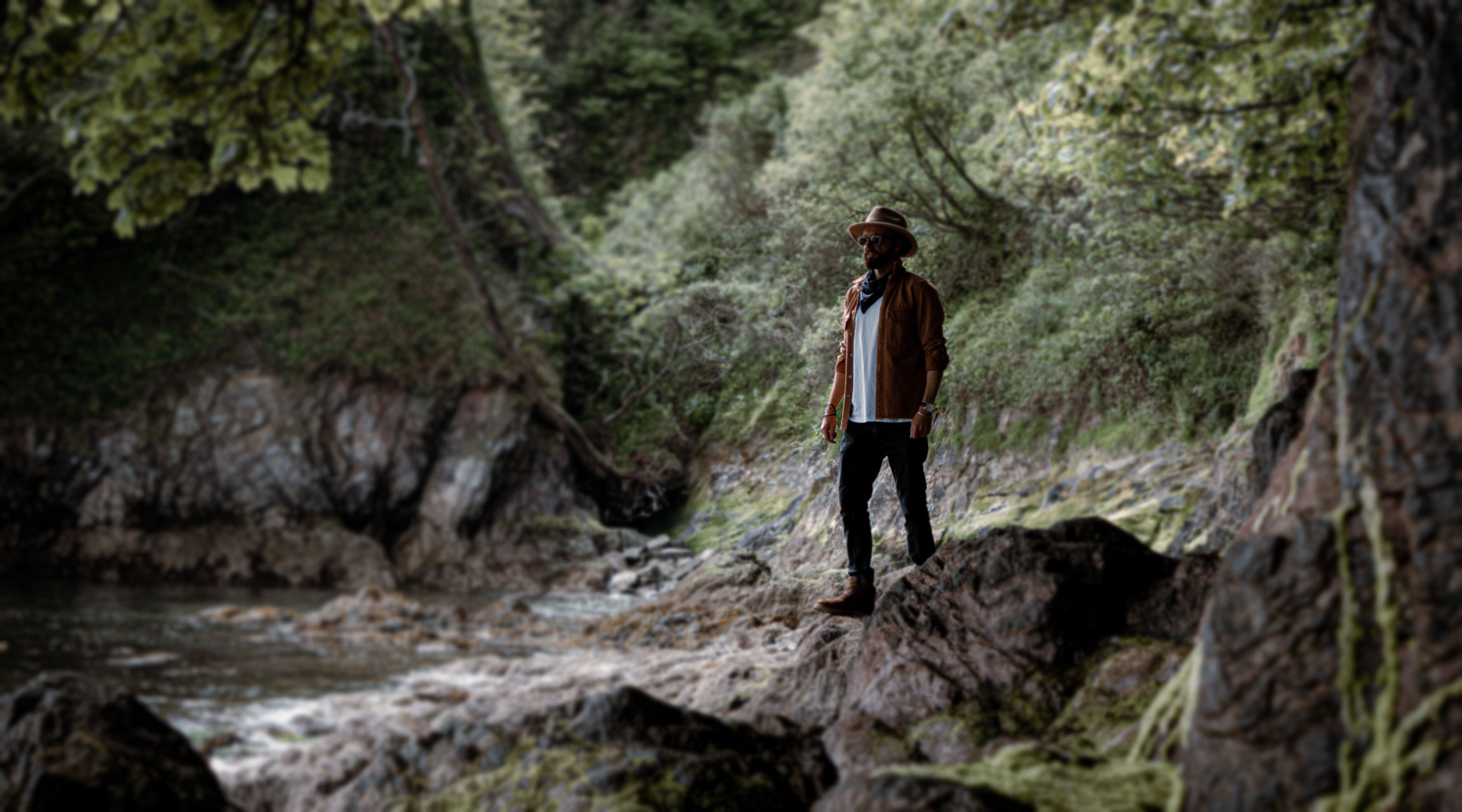 Be the first to know when we launch news and events.

Subscribe now to be part of the adventure.
Thank you! Your submission has been received!
Oops! Something went wrong while submitting the form.

As part of the ongoing commitment inherited from the Rame Conservation trust it’s the foundation of The Sea Forts mission to evolve sustainably. Moves have been made already to ensure no drive zones, invest in ecological reporting and plan regeneratively using re-wilding principles for the future of the site. The Camp Site will offer temporary accommodations which can be shifted as the site needs. The toilet and shower facilities have been custom built and use air source heat pumps and photovoltaic arrays to heat the water whilst preserving the limited electrical facilities on site, and most importantly for the Sea Forts mission - not relying on fossil fuels.

Waste management is top priority with an encouragement for guests to leave no trace, limit waste brought to site, and recycle responsibly. We have proudly partnered with Aero waste Cornwall for our general rubbish who ensure that none of our waste ends up in landfill, and Cafe Abundance Compost CIC who recycle all the food waste from the site closing the loop on the system.

Join us on a journey through history, current day and future aspirations... 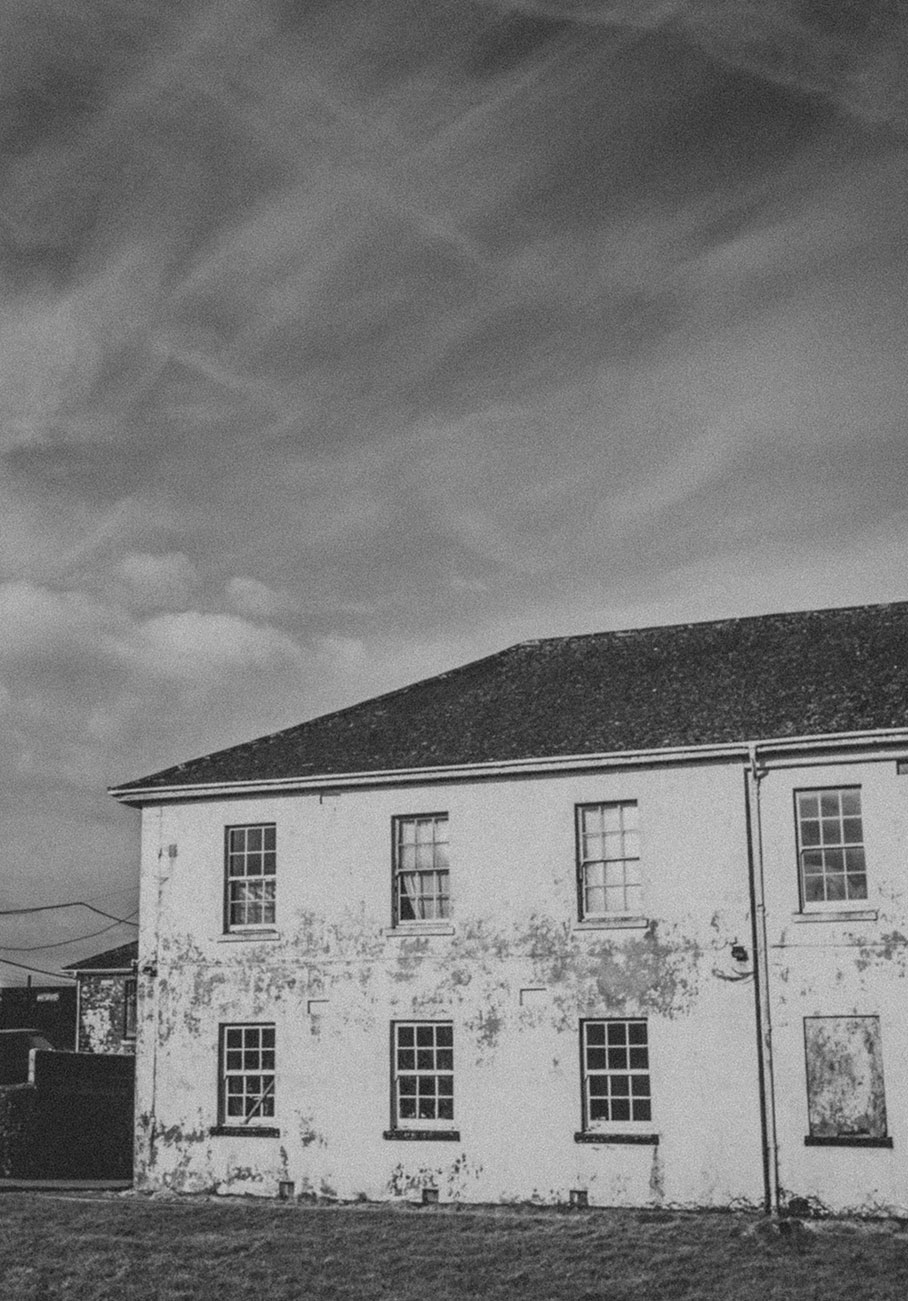 The war for American Independence prompted the first evolution of building in 1775 on the Maker site. The Amherst Battery in Kingsand to repel enemy landings was built before construction on a number of fortifications at Maker Heights in the 1780’s. Shortly after the Garrison moved in prompting the building of the Garrisons of Maker, Grenville, Hawk-ins and Raleigh Batteries into the late 19th century. 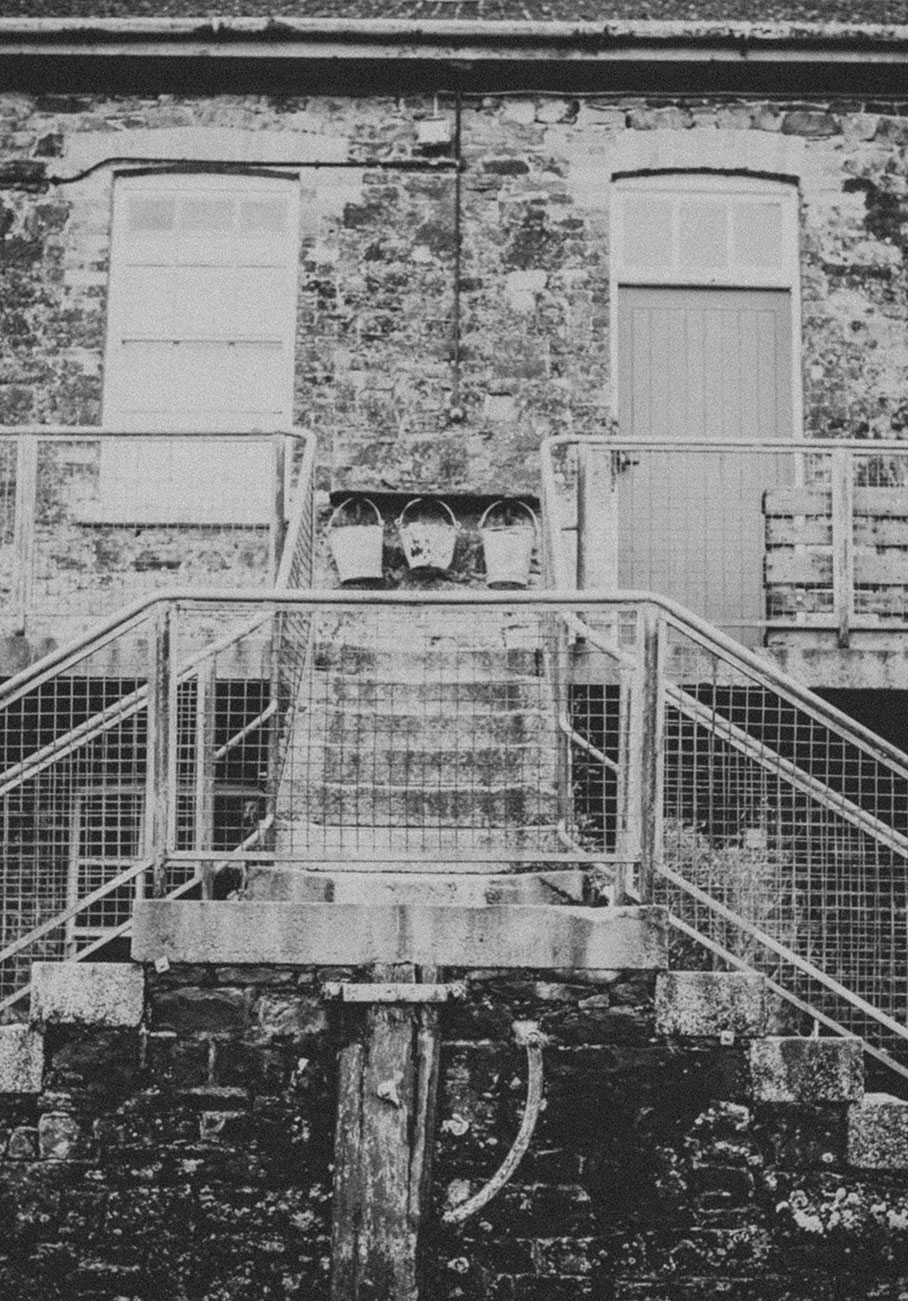 As a significant defence, an anti-aircraft battery was erected and evolved through the 1930’s and 40’s. The concrete shelters at Maker formed the frontline defences of Plymouth during the air raids of the Second World War. 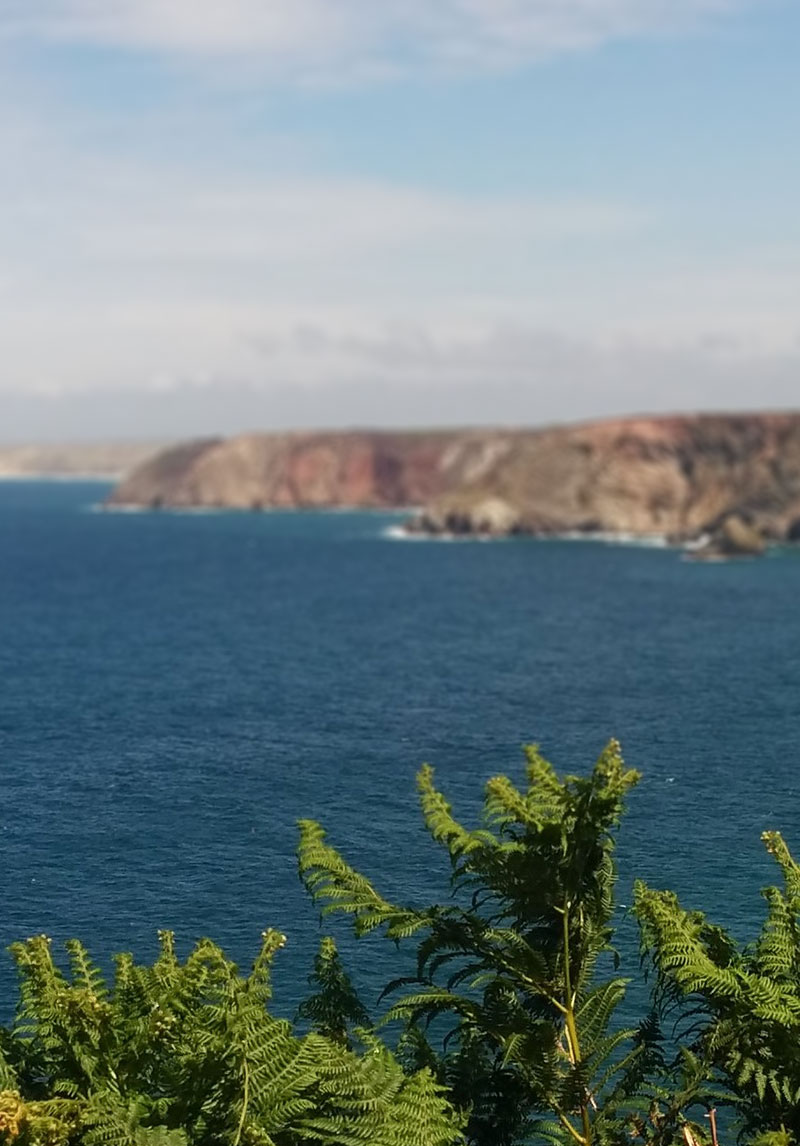 Camp Maker was established by the concern of the first female politician Nancy Astor, who wanted a place for children to be able to experience nature and play safely amidst the poverty that served the 1920s and through the wars. The camp ran as a summer break for thousands of children, who got to leave the cities for the fresh air of the countryside and adventure of the Rame Peninsula. It ran all the way till the 1980’s when the project was defunded. 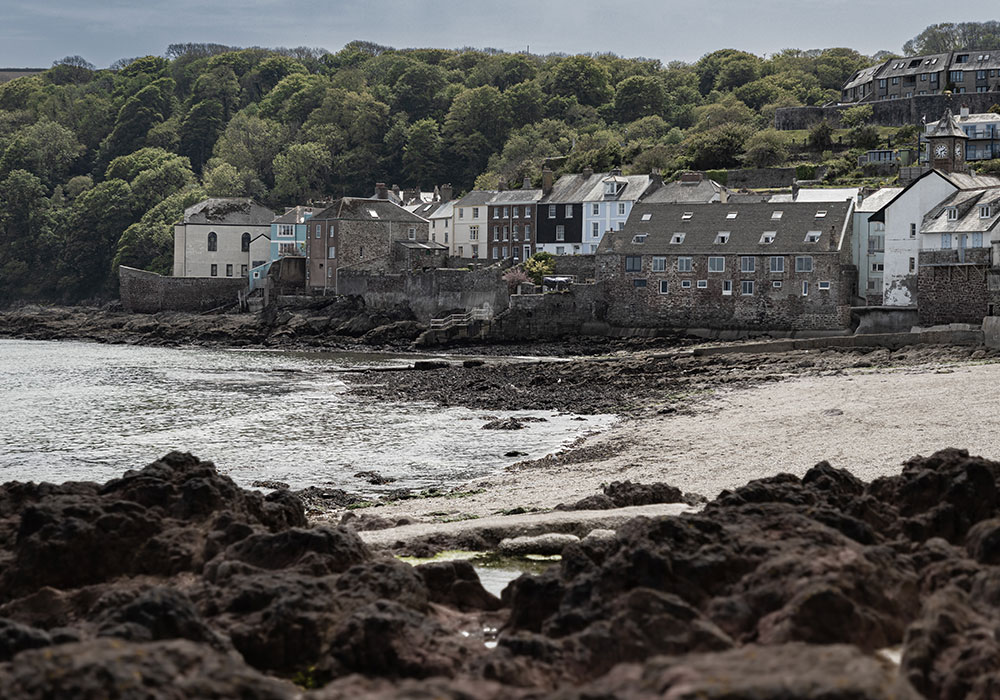 Working in partnership, Neighbouring Landowners, Evolving Places, Historic England and the Mount Edgecumbe Estate with Cornwall Council commission Cornwall Archaeological Unit to write a Conservation Management Plan for the site to create a holistic framework and a 5 year plan to see the buildings brought back into use by 2025.

During a very successful first year of opening The Sea Forts camp site and months of hard work, we have completed the restoration of the Guard House. The building has been lovingly repaired and renovated, painting and restoring the window frames and doors, using the original, authentic colours, keeping the original appearance in line with Heritage England. 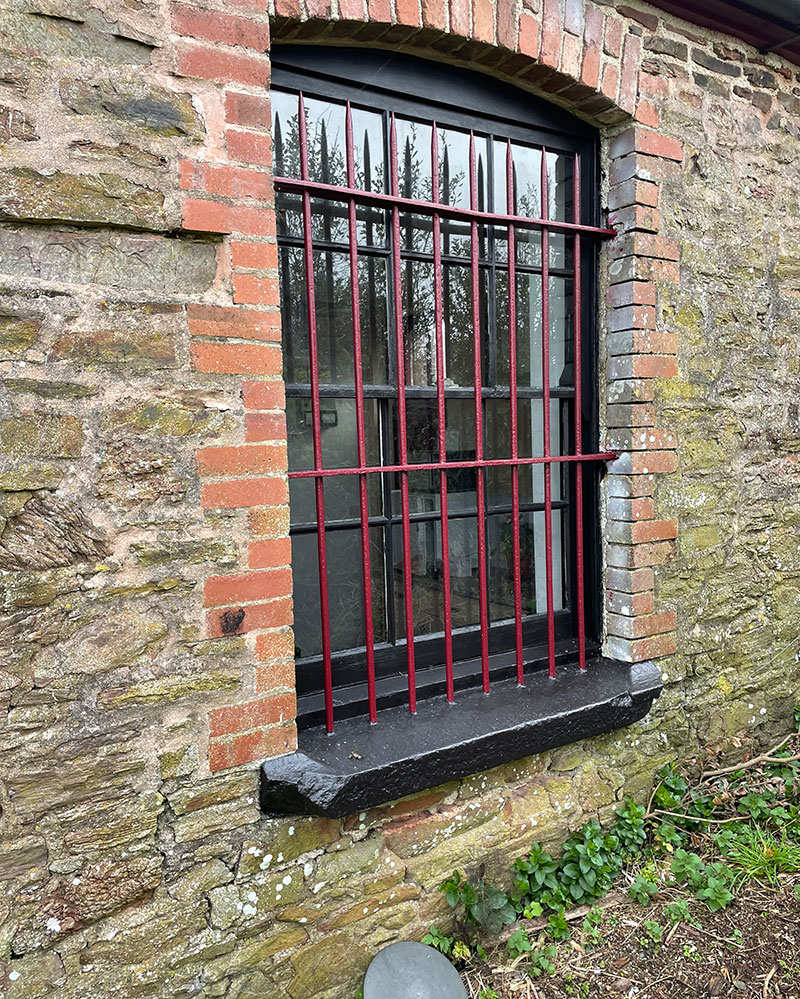 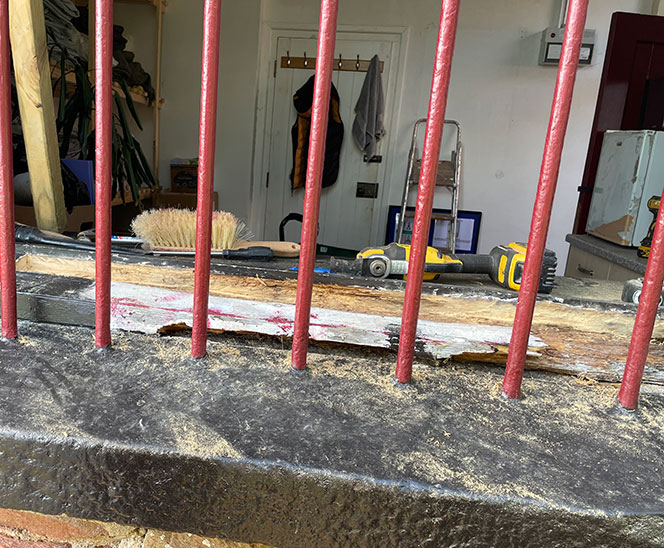 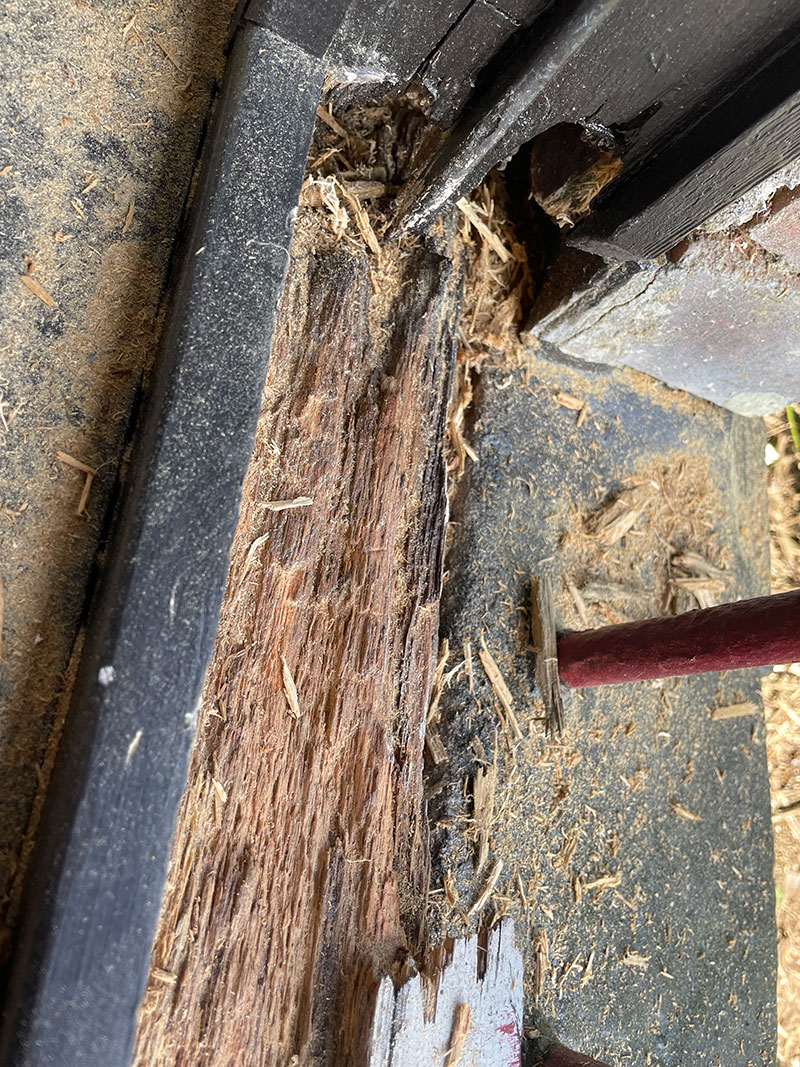 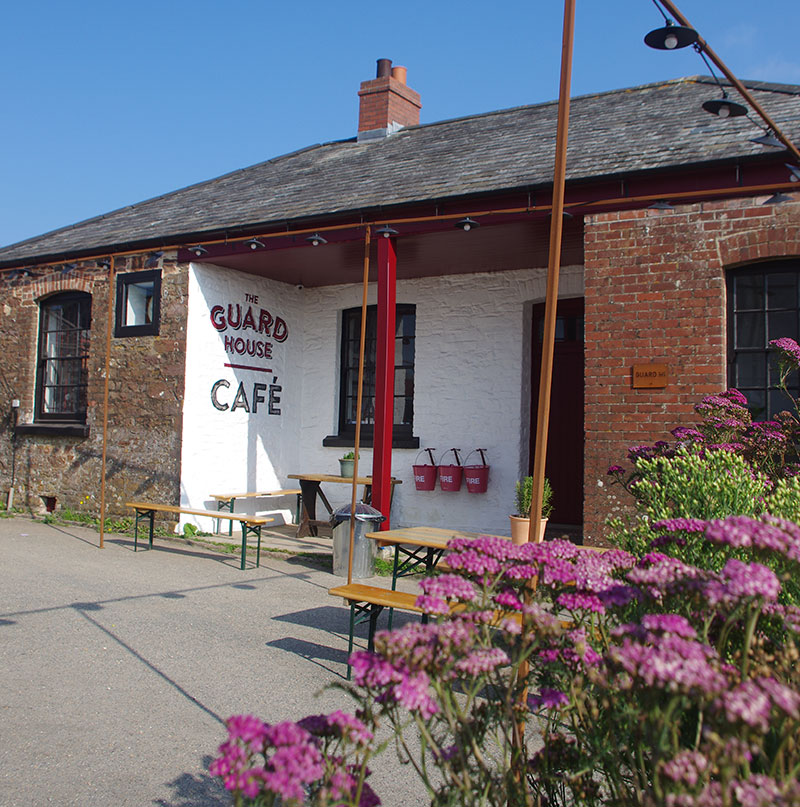 Maker Heights is reimagined as The Sea Forts, a new adventure camp with pop up café, letting visitors explore the site once more and funding its future development and conservation. 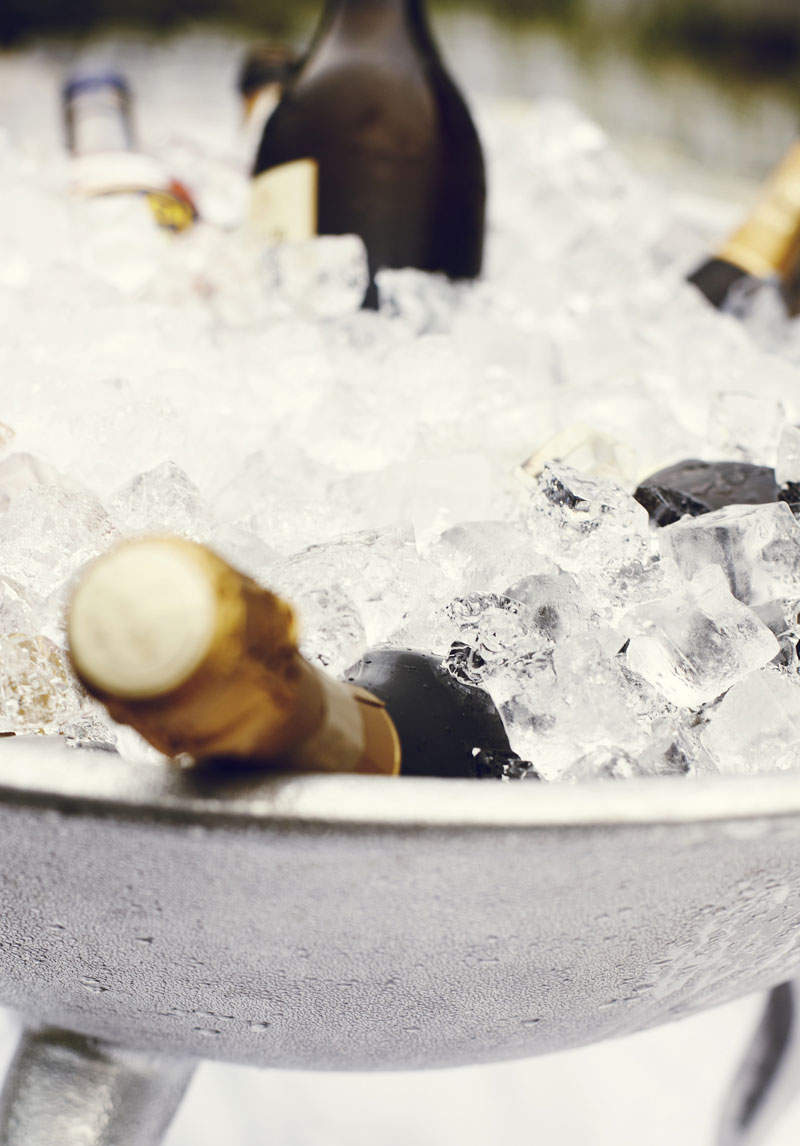 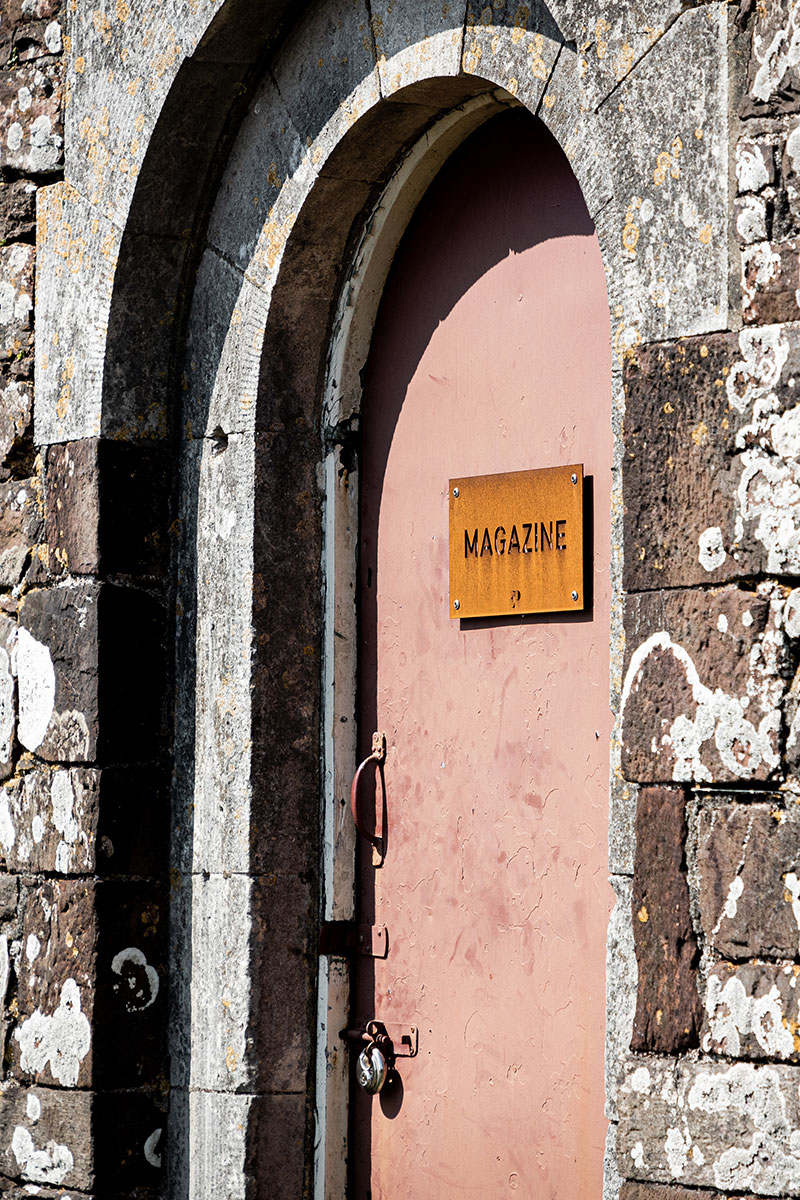 The remainder of the buildings in the Barracks Courtyard are to be lovingly restored and brought back to life as studios and co working spaces supporting innovative new creative business. The restoration begins on the Sergeants Quarters, the Coal Shed and the Caponier. During this time The Sea Forts will also be working with Historic England and Cornwall Council on forming the next iteration of the Conservation Management Plan which will look to the future and set out our vision for the long term sustainability of the site.

The Sea Forts is a reimagining of the historic heritage site at Maker Heights, the most complete set of Napoleonic Barracks in the British Isles.

Got a question? Get in touch and one of our crew will get back to you asap!

Why not subscribe now to be part of the adventure.
Thank you! Your submission has been received!
Oops! Something went wrong while submitting the form.

Location: Visit us here on Google Maps!
book a tent